Welcome to our site, feel free to look around.

"All our dreams can come true,
if we have the courage to pursue them."
>Walt Disney< 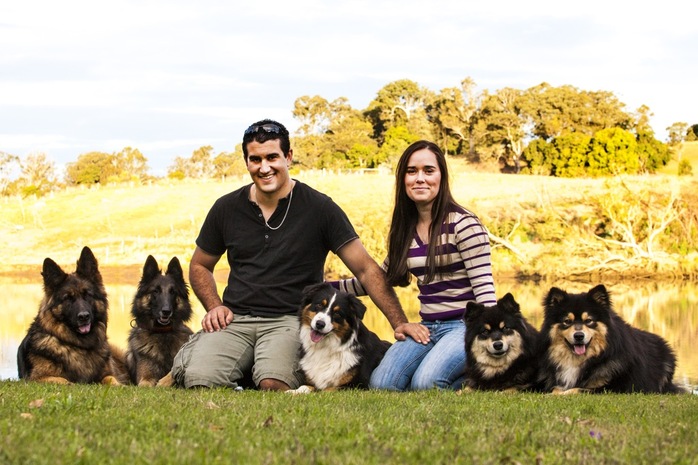 Our Family ~ Sept, 2013
Please be aware that all photo's and video's belong to the property of Toujour owner's and are not to be used in any other location/site unless given written approval. These images and clips are displayed on this website for your viewing only.

Congratulations to Ashleigh and Emily with their brothers Jäger and Merlin on completing an Endurance Test in WA!! 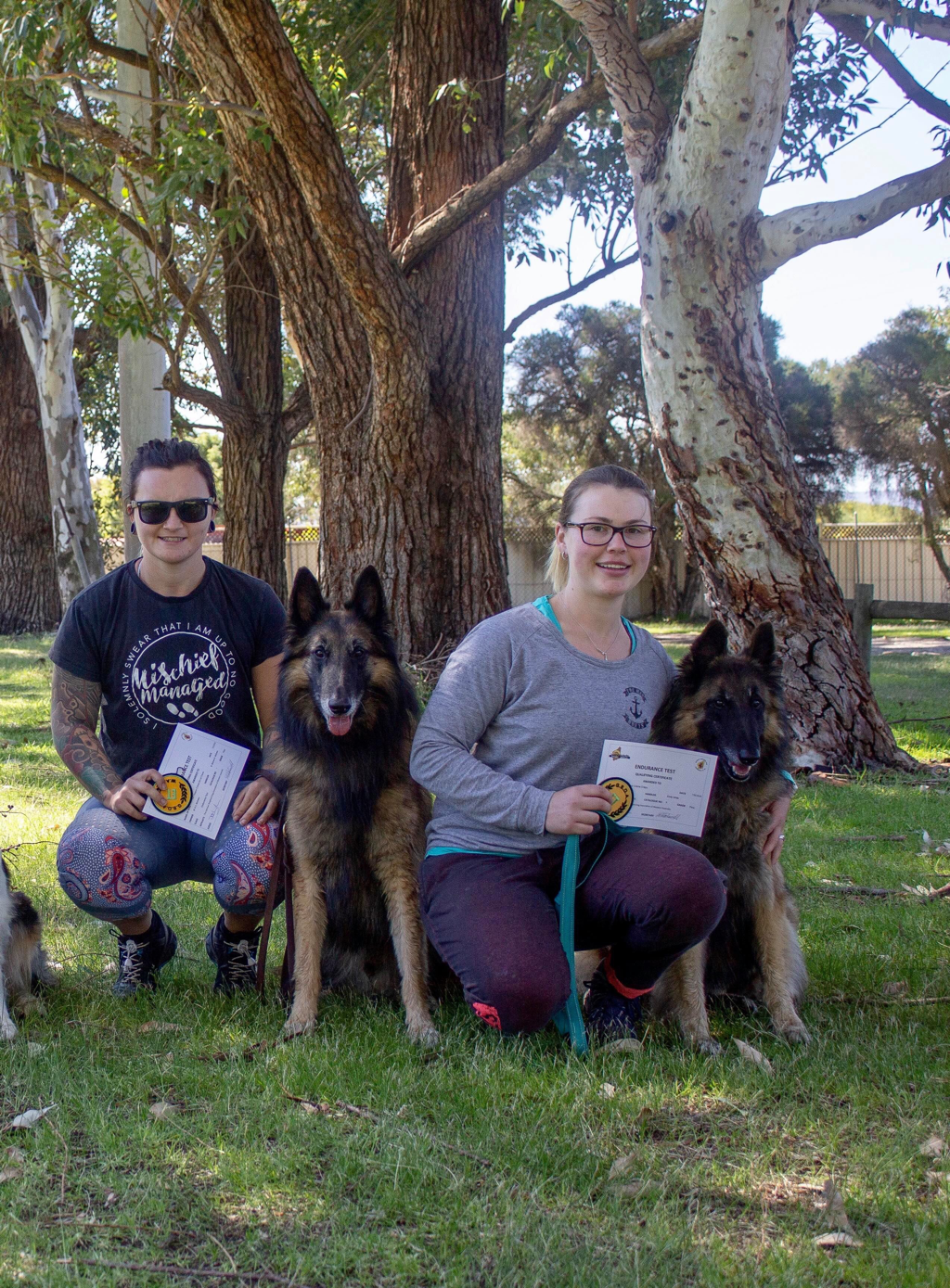 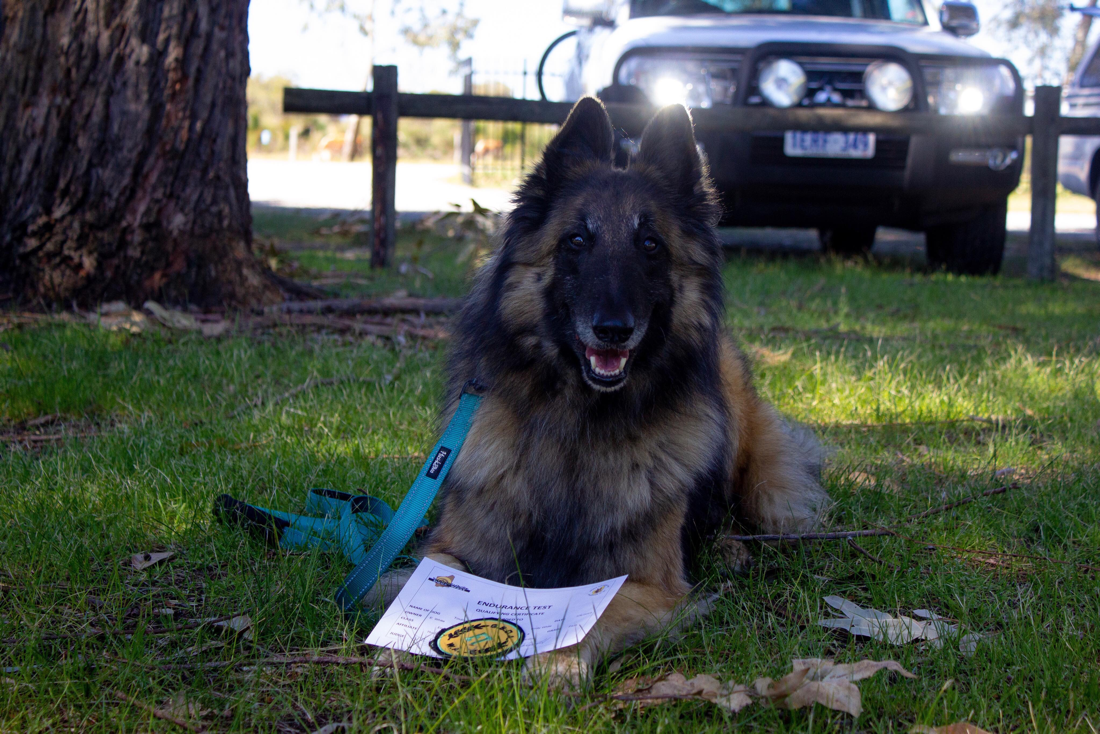 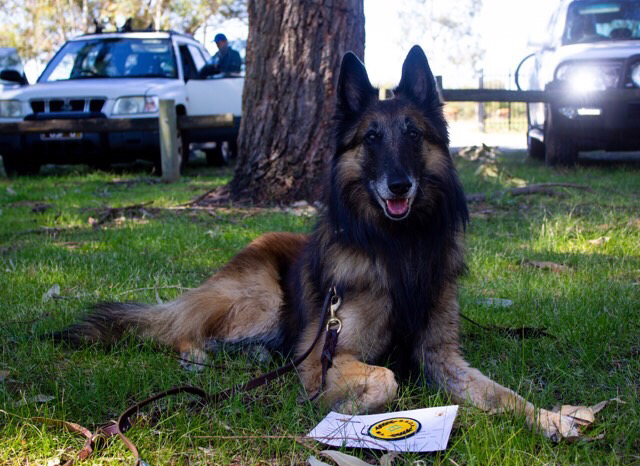 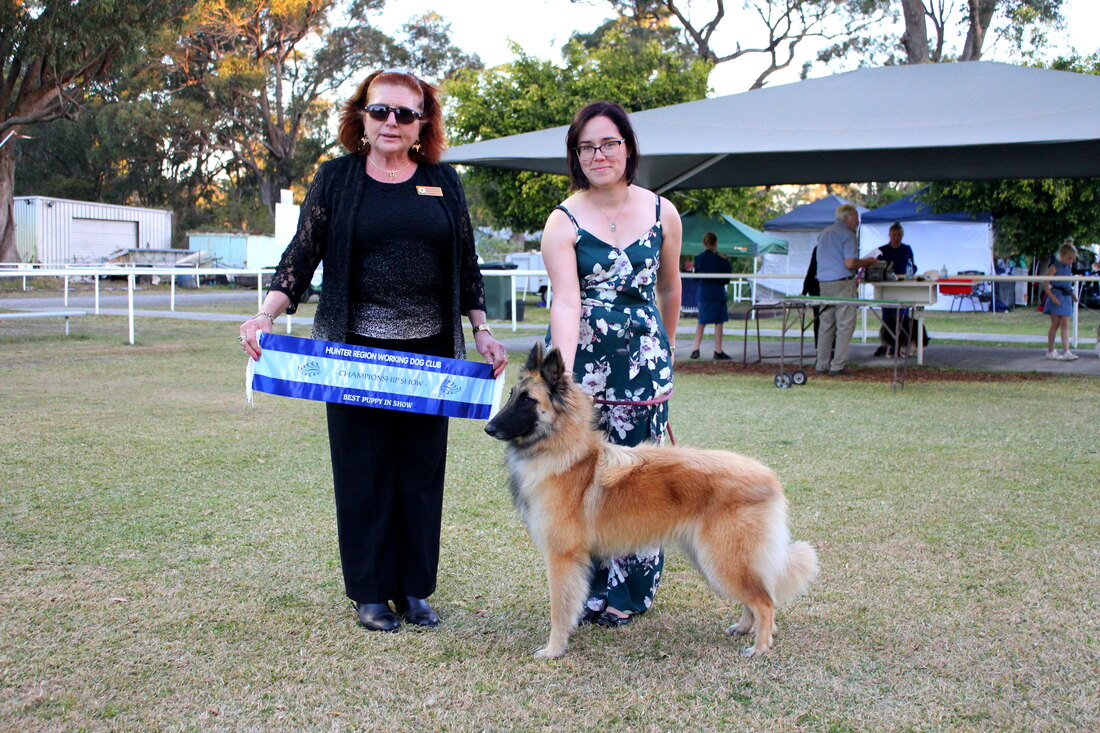 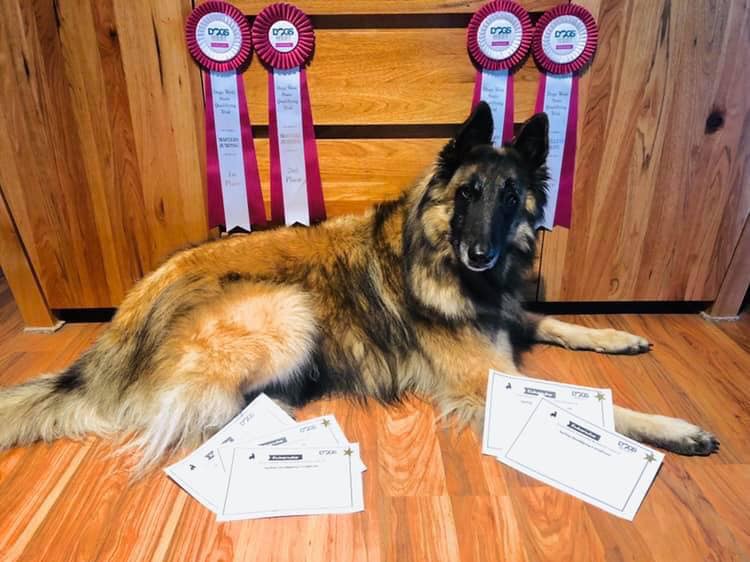 Congratulations to Ashleigh and Mercy on debuting into herding and earning a Instinct pass followed by a HT pass! 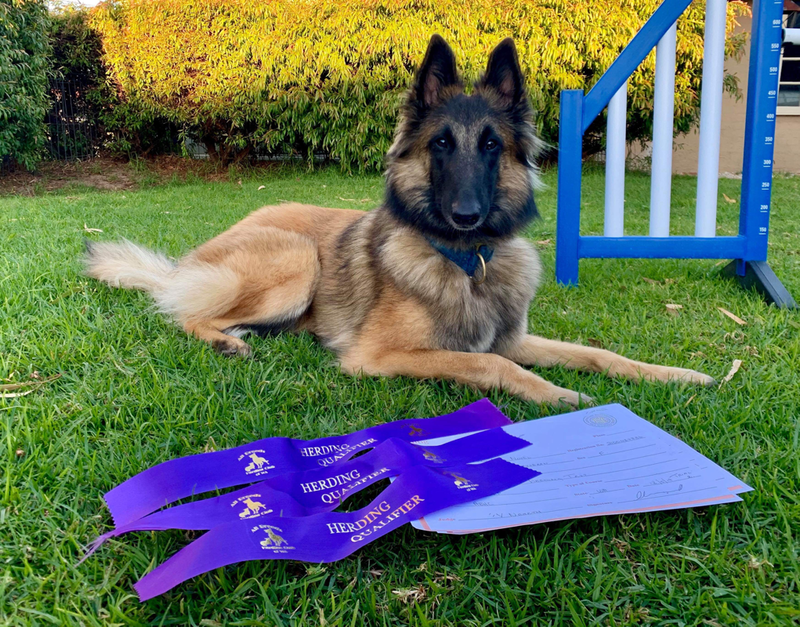 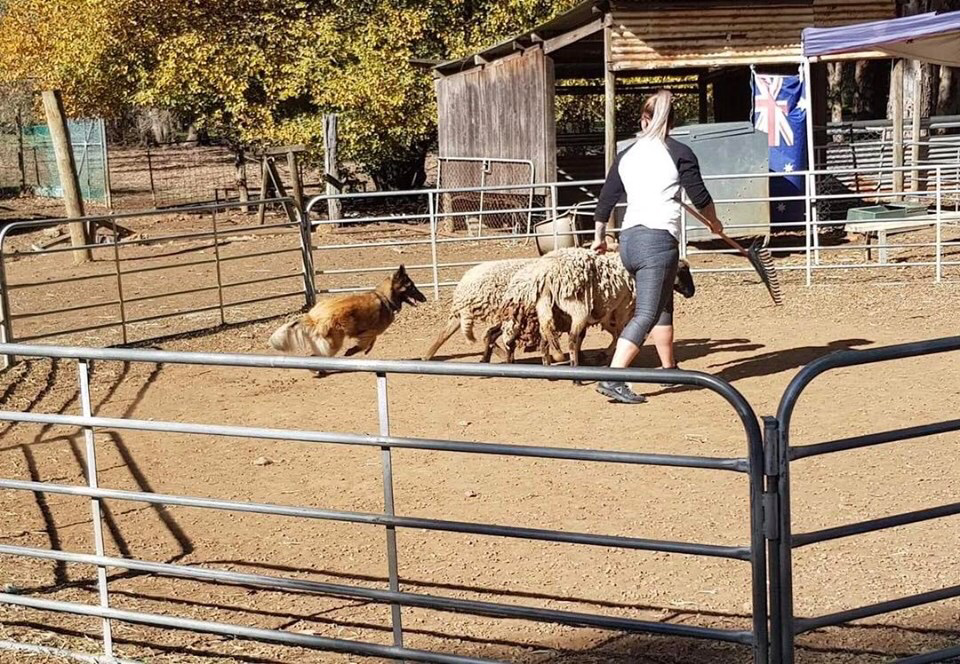 Congratulations to Robyn and Mitch (SA) for debuting into the show scene winning
⭐️⭐️ Best in Neuter in Show! ⭐️⭐️ 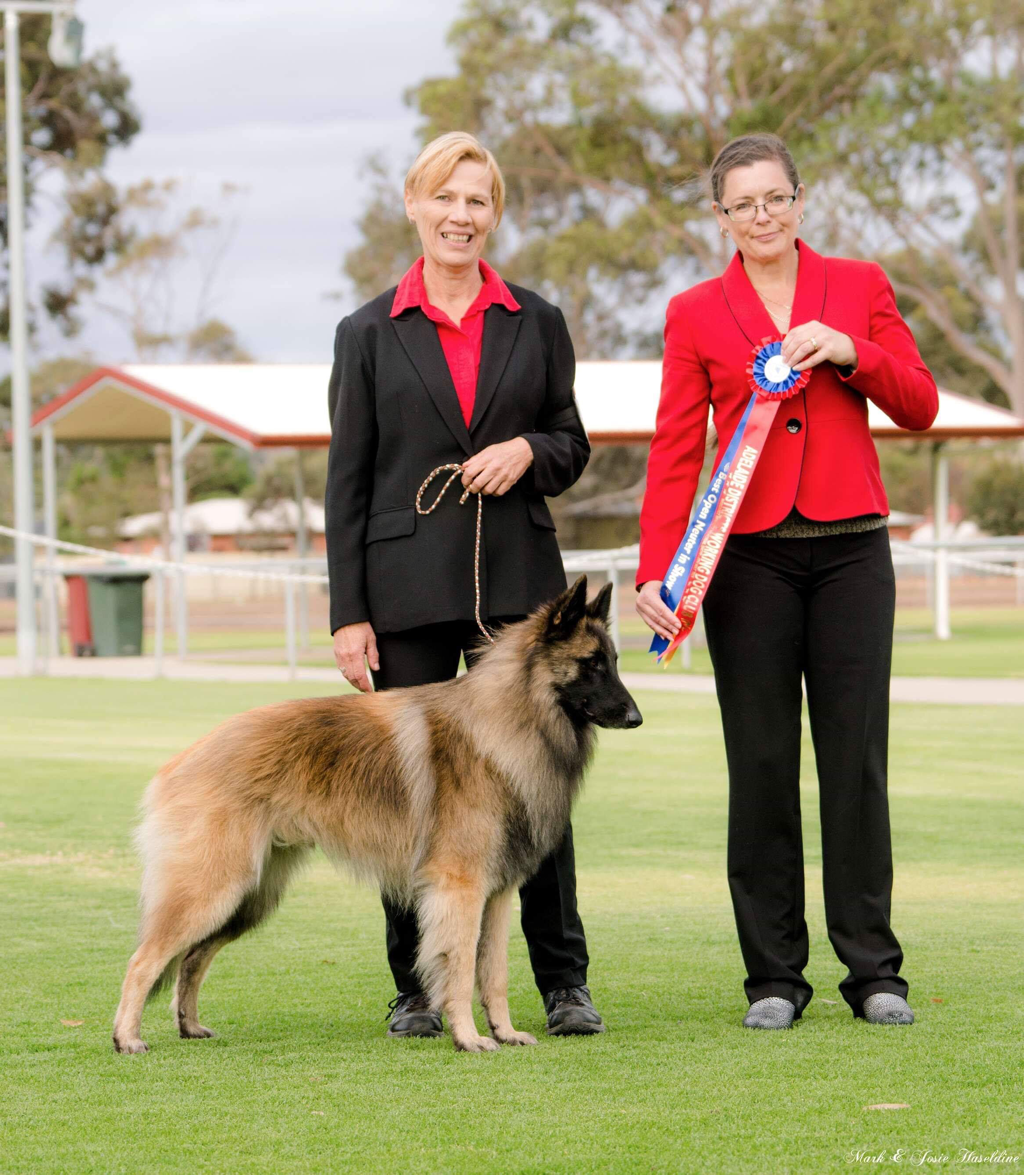 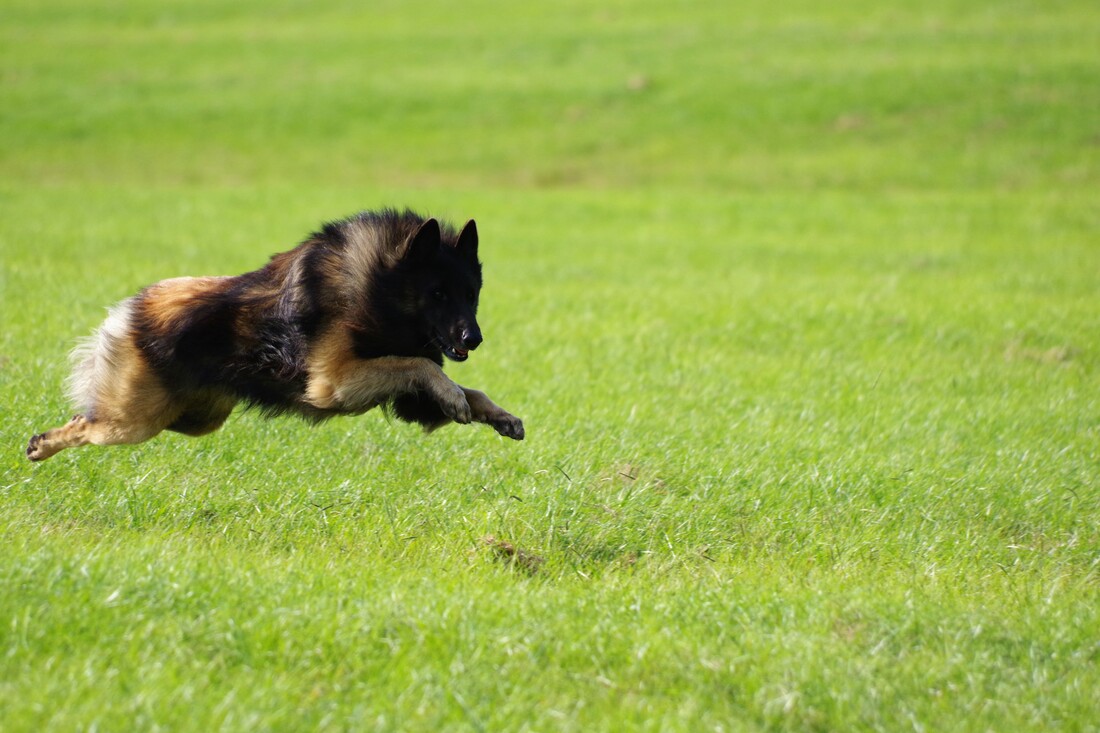 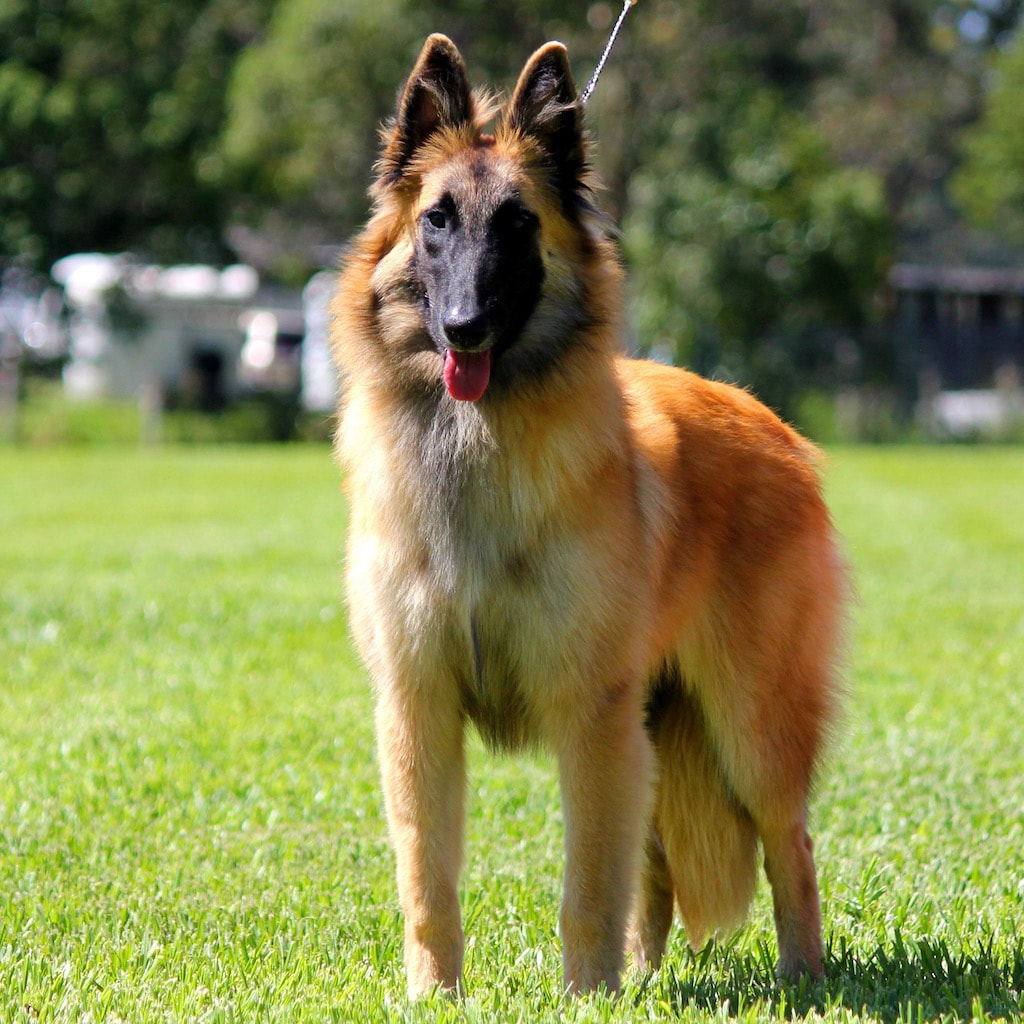 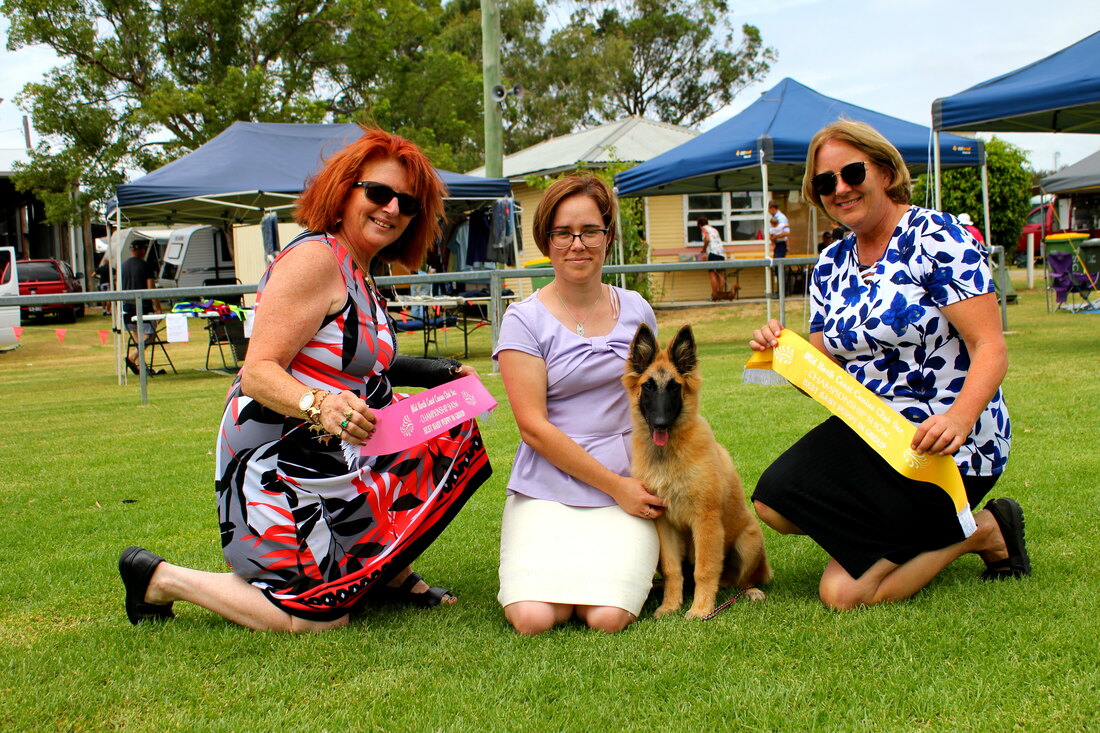 2018 Review:
I started Uni full time but was able to squeeze in some events for our dogs.
This year we ventured out to try new sports and were able to gain a Junior Courser (Lure Coursing) and a Working Back Pack titles for
* Knight ~ Toujour Kiss Me Noble Knight (AI) JC WPD.
* Temper picked up a JC quali before going into maternal duties.
* Cynder also picked up a JC quali.
* Bubbles and Knight both gained HIC from herding.
We did all our local shows and picked up some classes in group, sweep places and managed to do our state Specialty for Belgians with lovely critiques.

We did two litters, welcoming into the world 13 Toujour puppies, 4 Finnish Lapphunds and 9 Belgian Shepherds. This was our last Finnish Lapphund litter and we no longer have any entire Lappies.

​Lots of our home bred Toujour offspring around Australia achieved in VIC, NSW and WA!
Jäger titled as show Champion
Merlin gained many agility quali's and new titles
Amber earned enough quali's for a WPD title
Pippa and Ollie have been showing and dabbling in obedience and rally-0 winning class in groups and quail's too!
More details are in our Pack News Blog.

We look forward to 2019 with hopefully more achievements in various avenues!
​Thank you to all our Toujour owners for being awesome!

Agility: Cynder went to Spring Fair and picked up a JDX quailie!

We have a BIG year (in our personal endeavours) starting in 2018 but hope to compete with the dogs where possible - look out for us!

What a quick and full year 2016 was!
(I probably say that at the end of every year - but it certainly feels the same! Days just fly by!!)

For this year Toujour welcomed a total of 8 puppies into the world thanks to Riaven(4pups), Disney(3pups) and Cynder(1pup). You can check them out on our Previous Litter Page.
Raiven was neutered and lives the spoiled life of a retiree.

We welcomed into our home and hearts Taboo who certainly hit the show rings with a bang! With very limited showing, where she did appear she rocked hard!
Taboo competed in 4 All Breeds and took 3xBaby Puppy In Groups!
Taboo attended the QLD Specialty and with one of the biggest baby class entries ive seen in the past 6yrs Taboo took Baby Puppy in Show! She back it with a Minor in Show at the NSW Specialty!!

Temper, Disney and Gucci also showed this year and added points under their names too!

We did enter Agility and Rally trials but one was rained out and the other we couldnt end up getting to.
Hope the year will present us with more opporunities!

Our Decemeber took an ugly turn and our beautiful Storm took ill and within 6hrs she was gone over to Rainbow Bridge ... Gone but never forgotten....

This year went fast!
With limited dog events due to expanding our human family, we were able to squeeze in
​8 All Breed Shows, 1 Specialty and 2 Rally Trials with wonderful achievements all round.

We look forward to 2016 and hoping to dapple a little more in the sport arena's as well as showing.

Love looking back on the year and seeing our achievements.
Another year gone - went really fast too!
2014 we welcomed into the world 2 litters the Doux and the Evéille
which is always magical time witnessing their arrival.
In the showring we enjoyed earning the 6 x baby in Groups, 1 x baby in Show, sweepstake placings and
Toujour's first Aust Champion Toujour Beau Thunder Storm!
In the sport arenas; for Rally we earned 3 quali's and in Agility we earned 8 quali's! We have travelled twice out of state to QLD for a specialty and an agility national, which were great little getaways.
Disney our home bred has been a delight to show and trial with,
she has points towards her Ch and her first Rally pass.
We welcome Temper who sure knows how to make an entrance both at home and in the ring with only 4 shows
she gained 3 x BPIG and 1 x BPIS , 2 Sweepies (both times placing).
Cynder stood on her queen pedestal and showed she loves her agility with a new title AD, a 3rd place finalist for 600 in AD at the nationals and completing her Rally title too!
That's a total of 10 sport quali's and earning 2 new titles all for Cynder!!

We have a BiG 2015 planned with lots of exciting times ahead - we look forward to showing off our awesome young team of Disney, Temper & Gucci, and hopefully squeezing in some some Rally and other sports.

There will be planned surprises along the way too!

Celebrating our High Achiever ~ Cynder ~ and her 10th Title!! 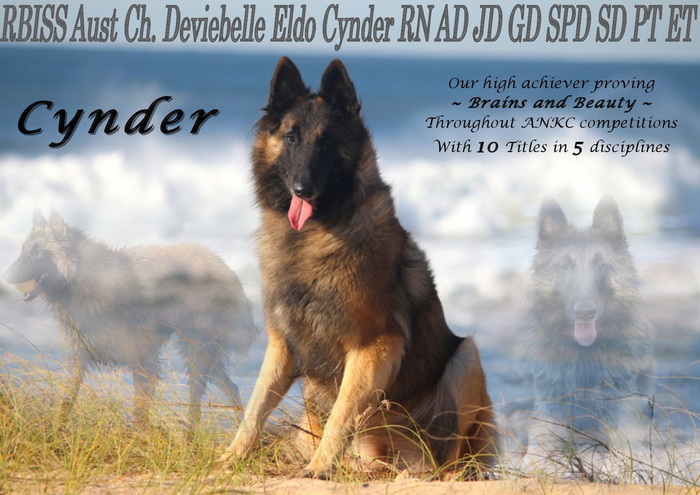 So pleased to say that Thunder (Toujour Beau Thunder Storm) obtained his final points towards his Championship today in style with a BOB and Junior in Group!!
Thunder just adores showing and did very well at the Mid North Coast Aug2014 under international judges with
2 x BOB and 1 x RUBOB and 2 x Junior in Groups.
﻿Thunder is Toujour's first Champion!!﻿
Thanks to Karen Anderson (owner & handler) for her dedication to this boy! 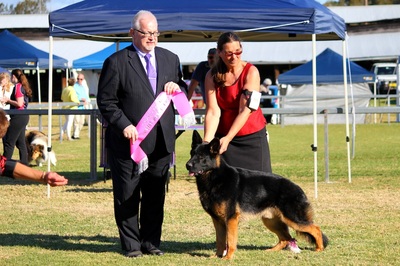 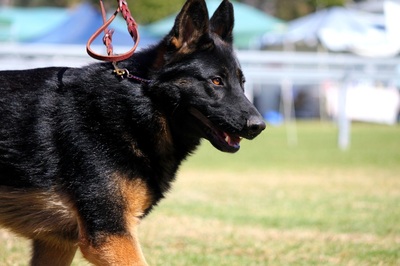 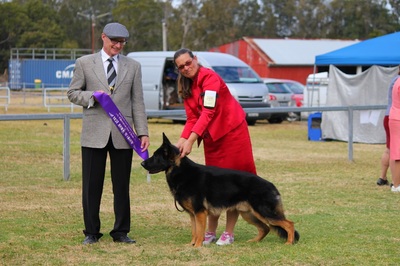 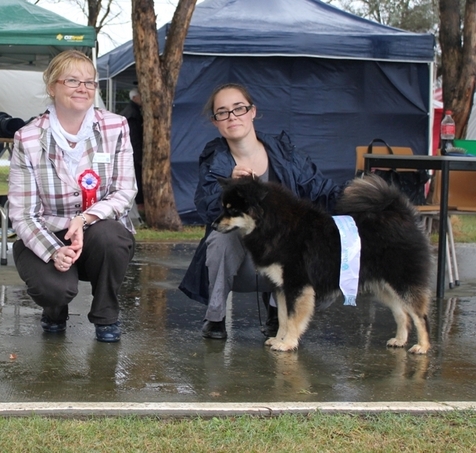 At the Country of Cumberland Show under the Finnish Judge Ms Leila Karkas, Raiven was one of 15 Finnish Lapphund entered - the highest entry for an All Breeds Show in NSW! (other than a Royal) [Held til 2013]
Raiven was against more seasoned and awarded Lappies, but she was recognized as Best of Breed earning a lovely 20points. What a star!.