Click on the photo of the dogs to be take to their own page.

Owned by Others and Competing: 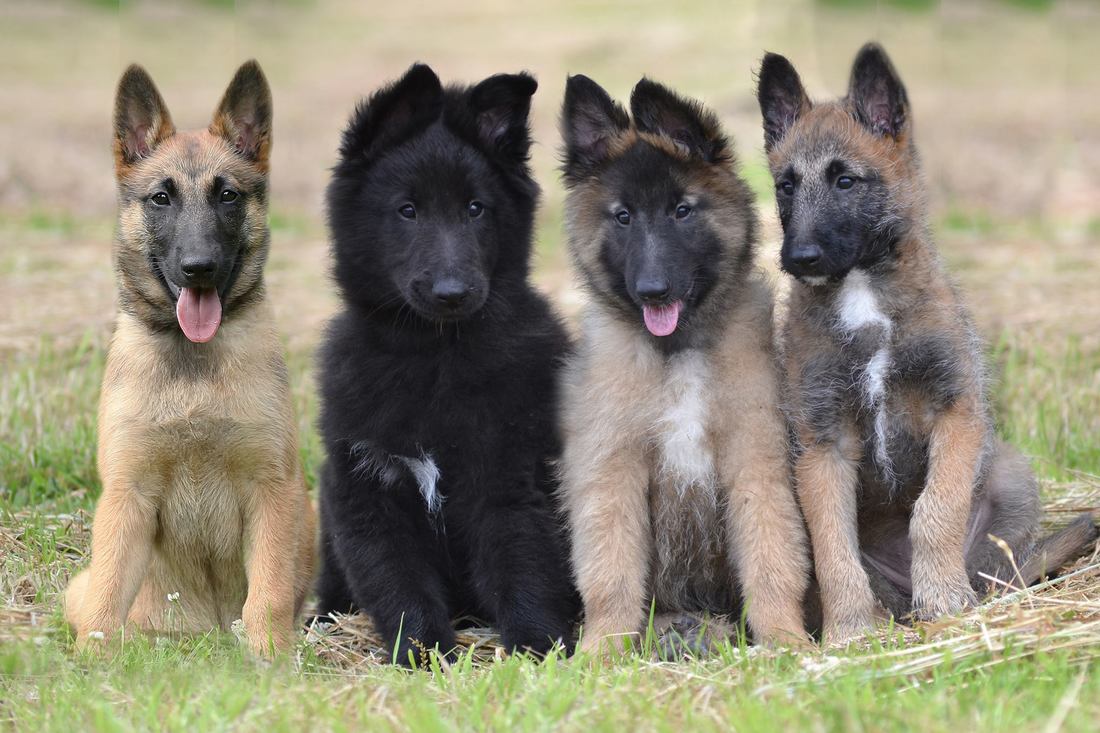 With permission V. Moned
There are actually four varieties of Belgian Shepherd and all are named after the Belgian Town they originated from - Groenandael, Tervueren, Malinois and Laeknois. There are four varieties because of differences in the length, direction, appearance and colour of the coat of each four Belgian breeds.

The Belgian Shepherd is known to be extremely affectionate, high-spirited and devoted. They are friendly, intelligent and loving dogs. This loving breed requires an average-sized backyard that is fully fenced, as they can jump high from a standing start. They will also benefit from a long walk and will greatly enjoy time to run free in a safe off-leash area.

They make very good watchdogs and will be sure to scare away any intruders, as they have a strong protective and territorial instincts. Very intelligent and quick to learn and always eager to please, but can easliy get bored and sometimes may have a mind of its own. It is recommanded to keep training short, fun and consistant, without excessive repetition. Plenty of exercise is recommanded for this very active, alert working breed, and it should receive positive, consistent, gentle obedience training from the time it come home.

Socialisation is most critical for a Belgian Shepherd puppy - if this is not achieved successfully, the result can be shy, easily spooked, unconfident and untrustworthy adult.

If you are willing to devote lots of time and energy to your Belgian, it'll reward you with unconditional love and loyalty. 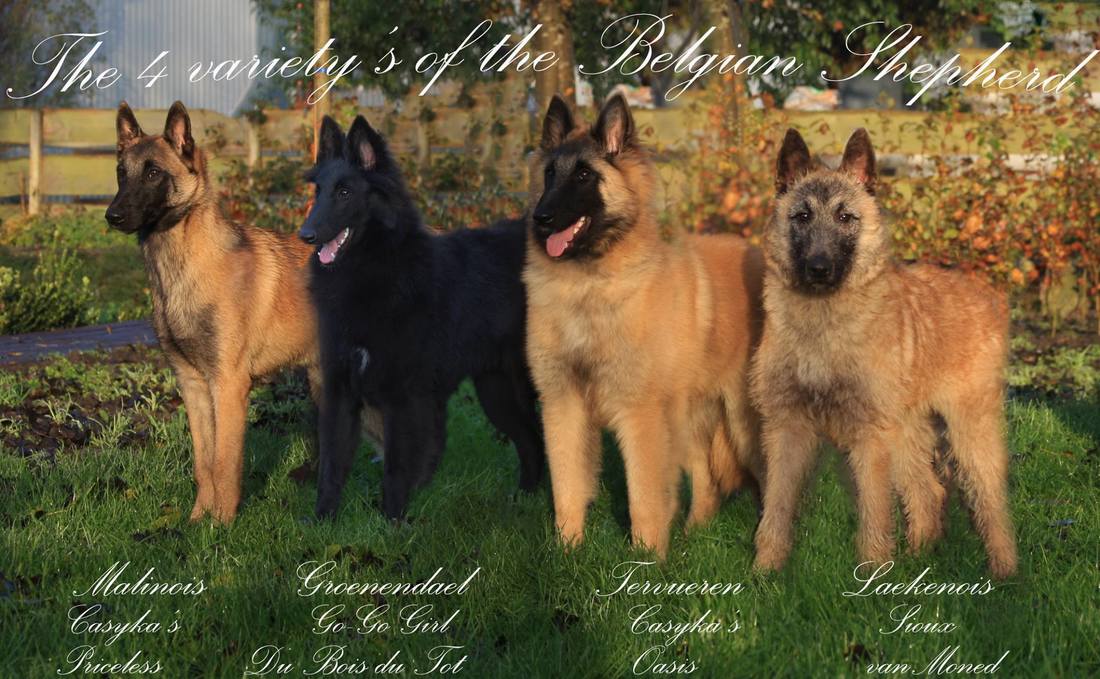 With permission v. Moned
Personality by Dr Robert  Pollet:
The character of the Belgian Shepherd Dog is truly his trump card. His behaviour sets him apart from the other shepherd breeds. His rapid reflexes, impulsiveness, emotionality and hypersensitivity are very distinctive.
His 'qualities of character,' which are vital for his success as a working dog, find expression in his general appearance and have been described as follows in the author's Blueprint of the Belgian Shepherd Dog: 'The sparkling temperament of the Belgian Shepherd should be shown in his whole attitude and expression. He is always ready for action. His athletic body looks full of explosive forces which he finds difficult to contain, The sparkling eyes, frank, eloquent with fire and flames in Belgian Shepherds full of temperament, are characteristic. They persuade us of their strength, their intrepidity and their readiness to pass into action. All this attitude of body and the specific expression of the head and eyes are very typical of the breed.'
His willingness to learn and to please is proverbial. Since a young puppy is already full of energy and curiosity, you have to pay much attention to your Belgian Shepherd. Train him daily in basic obedience, in a brief training session, so that he is under control at all times.
Remember that boredom is the most frequent cause of problems. Boredom can be the cause of compulsive behaviours, such as stone chewing, continuous licking, tail chasing, constant barking, etc. He should never be bored, otherwise he will look for work himself, an occupational pastime that could be very unpleasant or irritating for you.
Walk your dog once a day ... If possible, find a suitable enclosed field where you can allow your Belgian Shepherd to run off-lead. Always keep his safety in mind. Go to different places; your dog will enjoy the outing and the added stimulation of exploring 'uncharted territories.'
Because all dogs need companionship, many owners of Belgian Shepherds consider getting a second dog.

The character of the Belgian Shepherd can be considered to be a great virtue but, at the same time, it also comes with drawbacks.
First, let us look at the really positive and exceptional qualities of charcter, which have made him so popular as a working and guard dog. These qualities are his need for physical activity, his mental alertness, his intelligence, his willingness to please and his attachment and devotion to his master or mistress. These character traits make him highly trainable and able to excel in many programmes, disciplines and competitions, such as obedience training, agility, flyball, ring sport, guard or defence programmes, tracking, herding, etc. He is highly appreciated as a police or service dog and has proven his utility as a guide dog for the blind and as a Red Cross, customs, border patrol, avalanche, disaster or rescue dog. In the so called ring sport competition, the Malinois really dominates the field.
The drawbacks of the Belgian Shepherd's character are related to his strong emotion and affection for his master. A Belgian Shepherd possesses neither the independent and hard character of the terriers not the imperturbable behaviour of mountain or mastiff type dogs. His unceasing devotion to his master, especially as a puppy, sometimes makes him 'emotionally needy', excessively attention-seeking and even 'clingy'. Some owners of Belgian Shepherds find such a behaviour very charming and cute and not unpleasant at all. However, if you regard this type of behaviour as undesirable, you can prevent or cure it with a gentle but consistent training. Avoid being overly protective and ignore your dog when he exhibits excessively demanding behaviour, such as pawing, whimpering or licking. You should educate your dog with gentleness and firmness at the same time, avoiding any kind of harshness. A Belgian Shepherd, especially as a puppy, is very sensitive to his master's moods and his manner and tone of voice. When you are pleased with his behaviour, words of approval should always be his reward.
The Belgian Shepherd Dog can certainly be described as hypersensitive, impulsive and impetuous, sometimes mistakenly interpreted as 'nervous'. This term, however, sounds pejorative; he is better described as active and full of spirit.
Sometimes his extremely fast reflexes have to be controlled lest they be perceived as too abrupt. The Belgian Shepherd accomplishes every task at once, impetuously and swiftly. If you think that such a dog would exhaust you, we advise you to choose a dog of a more quiet or placid nature, not a Belgian Shepherd. Nevertheless, as to the character and temperament, great individual differences are possible, even within the same breed. Moreover, behavioural traits are always modified by training and experience.
Sometimes, Belgian Shepherds can be excitable. This again can be seen as almost normal and understandable in a breed that is characterised as hypersensitive and very active.
So it is well known that the Belgian Shepherd has a tendency to move in circles, which not only is due to his exuberant temperament but also results from his herding instinct, an inherited ability to guard and drive flocks. Today he still has the instinct to gather in a circle or to encircle all that is important to him: his flock, his family, his master during a walk, etc
Barking is also a natural reaction of a watchful dog guarding his owner's property, home, car, sheep, etc.
​ 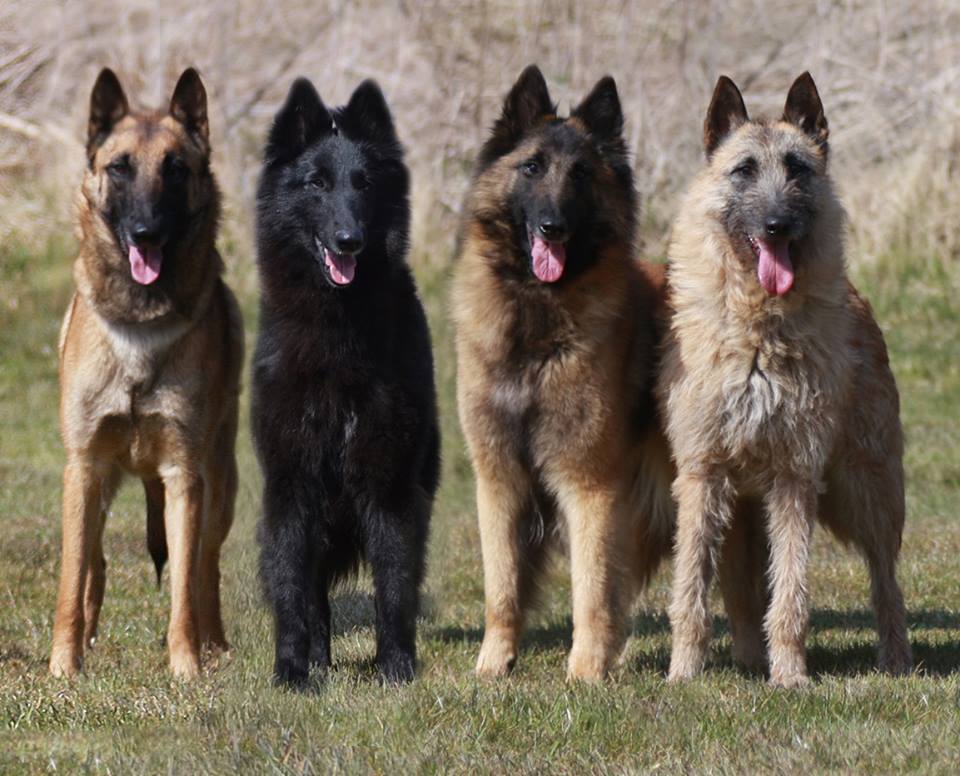 With permission v. Moned
Health Issues
Some Belgian lines are known to have Epilepsy which is hereditary and producing 'Affected' dogs. Unfortunately there is no current DNA test to determine and certify a Belgian to be Affected, Carrier or Clear for Hereditary Epilepsy. But there is a register which most breeders have access to update and maintain details of dogs that do produce epilepsy.
Most breeders (if not all) do not breed with an 'Affected' dog.
A dog which is a 'Carrier' will never show symptoms. Bred with a 'Clear' dog, the litter will have a mix of puppies which are 'Carriers' and 'Clear' and will not produce an 'Affected'. But breeding with 'Carrier' x 'Carrier' the litter will be mixed with 'Carrier' and 'Affected' puppies.
Breeding a 'Clear' x 'Clear' will produce only 'Clear' puppies.

There is also Star Cataracts, which is hereditary, and known in the Belgian breed. This health issue can be tested for via an eye exam.  ​ 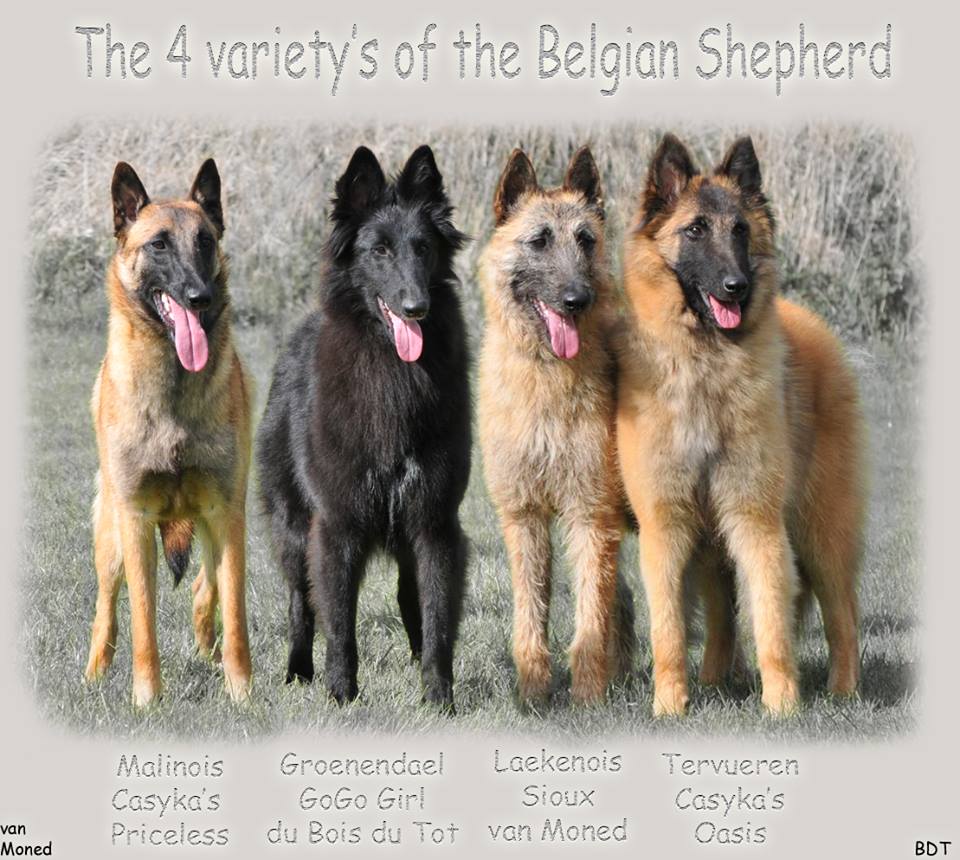 Below is the Breed standard for your own personal convience. 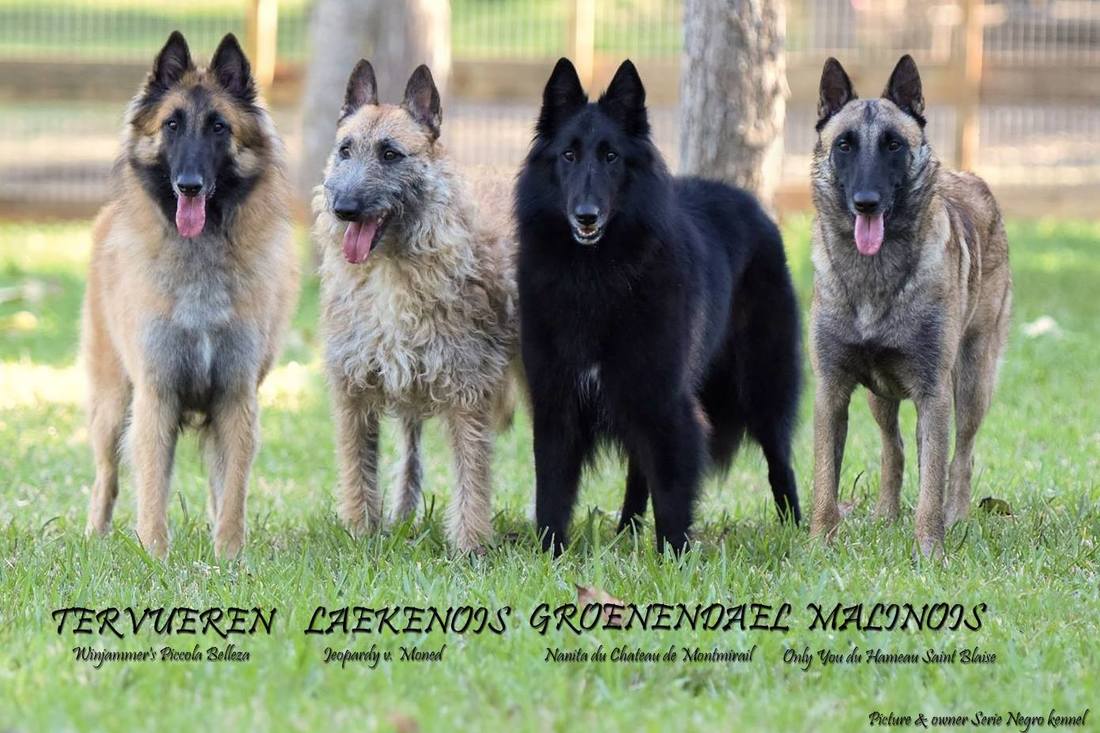 With permission via v. Moned